Thank you for visiting Rosie On The House, the online home to Arizona's longest running weekend radio broadcast!
Rosie On The House > Blog > Tools & Equipment > Hand Tools > SHOPPING FOR NEW TOOLS THIS YEAR?

SHOPPING FOR NEW TOOLS THIS YEAR?

When we picked 30th anniversary tools to sell on the Rosie EStore, we made sure to include a hammer from Estwing, the most famous hammer maker in America, and pliers from Channellock, inventor of multi-position, tongue-and-groove, slip-joint pliers.

All other tools in the eStore come from Stanley Black and Decker such as the tape measure, torpedo level, saw and hacksaw, utility knife, and a tool box.

Originally called Stanley Works, the company started out making hardware for doors in New Britain, Connecticut. It was founded in 1843 by Frederick T. Stanley and later merged with a company owned by Frederick’s cousin. The new company specialized in hand tools

Over the companies long life, Stanley has acquired many other tool companies, including some in other countries. It is now the world’s largest tool manufacturing company, featuring brands such as Black and Decker, Craftsman, DeWalt, Irwin, Proto, and Porter-Cable.

Stanley Tools has committed to producing tools in the United States, although using global materials to do so.

Here are some details on the EStore Stanley tools:

This tape measurehas a rust-resistant blade and a secure blade lock that can be operated with your thumb. The blade will lock at the length you want and will not creep while you take measurements. The blade is also retractable and has 16-inch and 19.2-inch stud center markings.

Stanley is famous for its tape measures. But the first coiling tape measure was developed in 1922 by inventor, Hiram Farrand. It was only 6-feet long and lacked a locking mechanism. The steel tape had to be manually recoiled. Stanley bought the rights to the idea in 1931 and went on to add all the modern features the tapes now have. Tape measures are still manufactured in New Britain, where more than 9 million are made each year.

Made of aluminum this utility knife can be opened and closed with one hand. It can be clipped on a belt with a stainless steel hook. The blade can be changed without using another tool. Some typical knife uses: to open cardboard and other packaging, trimming excess material off plastics or rubber, scoring materials, cutting cord or twine and scraping paint or plastic off glass or metal.

his saw has technology that can cut up to 50 percent faster than with conventional saws. The induction-hardened teeth stay sharp up to five times longer than standard teeth. It can saw through large timbers, plasterboard and green wood, according to Stanley.

The utility saw is great for cutting jobs in tight spaces and narrow crevices. Its cast-aluminum handle covers the blade to help protect your hand.

The Torpedo level is made with a durable aluminum body. It’s a spirit level, a smaller cousin of the carpenter’s level. It’s 11.75 inches long and is good for use in tight spaces. It can actually be rotated in order to duplicate angles. It has a pipe groove for use on rounded surfaces.

FIVE TIPS FOR UNCLUTTERING YOUR TOOLS

LOOKING FOR A PERFECT HAMMER?

MADE IN THE USA

SO, YOU WANT TO MAKE A CUSTOM TOOL BOX, RIGHT? 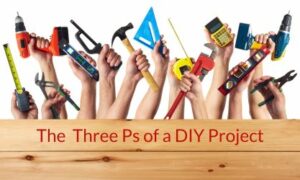 RENTING OR BUYING A HOME | THE PROS & CONS