If you aren’t one who flies a USA flag every clear day or have never flown a flag before, consider joining the rich tradition of displaying an American flag. There are three upcoming summer holidays that are perfect days to get your flag flying high!

Memorial Day is a day set aside to honor the men and women who have died while serving in the United States Military (always held on the last Monday of May).

Flag Day commemorates the adoption of the flag of the United States on June 14, 1777, by resolution of the Second Continental Congress.

Independence Day / The 4th of July

Independence Day celebrates the day in 1776 when the 13 colonies claimed their independence from England.

All that America stands for is wrapped up in the flag of the United States of America. America’s story begins with the fight for independence from England and the creation of the law of the land in the Constitution and the Articles of Confederation. All we believe as a nation and all that we are as Americans begins with the Bill of Rights as stated in the Preamble of the constitution:

“We the People of the United States, in Order to form a more perfect Union, establish justice, insure domestic Tranquility, provide for the common defense, promote the general Welfare, and secure the Blessings of Liberty to ourselves and our Posterity, do ordain and establish this Constitution for the United States of America.”

Flying the Flag with Respect!

“We were founded on a premise that we were forming a ‘more perfect union’,” says Rosie. “I personally believe we accomplished that, but we are not a perfect nation. I believe all Americans need to realize that standing in respect for Old Glory in spite of America’s historical imperfections is the right place to stand.”

Understanding The Symbolism of the U.S. Flag:

The symbolism that is found on our county’s flag is full of meaning. The 13 stripes represent our original colonies, the 50 stars represent each of our states. The colors are important too; white is symbolic of purity and innocence, red stands for valor and hardiness, and blue for vigilance, perseverance and justice.

The flag was first created in 1776 and has been changed 26 times, to accommodate the addition of states, by constitutional amendments.

The etiquette for flying the flag of the USA is found in the constitution under the federal code for flags. Here are the basics:

Things TO do with the flag:

Things NOT to do with the flag:

Legal – But Not Preferable Treatment of the U.S.A. Flag!

You may be surprised to know it is not illegal to damage or destroy our flag. The Federal code is all written with the word ‘should’. Though there have been several attempts to make it illegal to deface the flag, the Supreme Court has held up the right to free speech even in the destruction or defacing of the flag. The reasoning has been that no ruling can be made that conflicts with the values that the flag represents.

Using the flag in clothing and on novelties:

It is not illegal to wear clothing or have decorations with an impression of the flag. Many people see displaying any representation of the flag as patriotic. However, there are many people who are offended by the commodification of the flag. Rosie says, “My dad, a Navy veteran and born on the 4th of July, could never bring himself to wear the beautiful flag printed jacket he was given for his 70th birthday. He just couldn’t do it.”

There are many veterans who feel the same way as Rosie’s dad. The love they have for their country commands a level of respect that demands the flag be treated with the utmost care. It is important to be sensitive to the feelings of others, especially veterans in this matter.

Please Note: Every time the term ‘the flag’ is used it refers specifically to the flag of the United States of America. 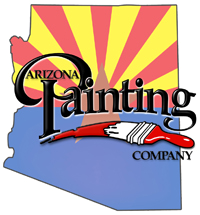 How To Install A Flagpole