Thank you for visiting Rosie On The House, the online home to Arizona's longest running weekend radio broadcast!
Rosie On The House > DIY > Electrical > WHY DOES MY CEILING FAN HAVE TWO DIRECTIONS?

WHY DOES MY CEILING FAN HAVE TWO DIRECTIONS?

THE CAN AND CAN’TS OF FANS

Most ceiling fans have a switch that lets you change the direction of the blades so they rotate clockwise or counter-clockwise (some fan manufacturers label this “forward” and “reverse” respectively).

The Reason For Two Directions

Counterclockwise | If ceiling fan is rotating counterclockwise, the blades will force air down into the room, creating a cool breeze that blows against your skin and makes you feel cooler and more comfortable when it’s hot outside. Although, the fan doesn’t actually cool the room; what you are feeling is wind-chill. You can turn your thermostat up a little bit because you’ll feel cooler sitting under the breeze of a fan.

Clockwise | In reverse (blades spinning clockwise), the blades create a subtle updraft, which pushes the warm air that naturally rises to the ceiling back down into the room. Again, the fan doesn’t actually warm up the room, but it can make it feel warmer so you’ll be comfortable enough to get by with lower thermostat setting when the weather is chilly.

Not All Brands Are Alike

It used to be that every manufacturer would advise homeowners to set their fan blades to spin counter-clockwise in the summer and clockwise in the winter. That’s often still true, but not for all brands.

The better way to determine which direction to set your fan blades is to turn the fan on and stand under it. If you feel a cool breeze on your skin, you’ve chosen the “summer” setting. If you don’t feel a breeze, you are probably in the “winter” setting; reverse the direction of the blades as needed.

When the season changes, flip the switch so the blades spin in the opposite direction.

Caution | Turn the fan off and wait for the blades to come to a complete stop before you flip the forward/reverse switch. This switch is usually found right between the blades. Be sure to stand on something sturdy to help you reach it.

When it’s the time of year when you generally depend on an air conditioner for cooling, don’t rely on just the AC. Fans also play an important role in improving comfort levels. Here are seven things to remember regarding fans:

1 | Do install overhead fans in your house.

When you’re in a room, a ceiling fan can surely make you feel cooler without running the air conditioner on full blast. Some experts say people set thermostats four degrees higher when a fan is running. Interior decorators might tell you that ceiling fans will destroy the room’s décor. Maybe, but fans are a necessity in the Arizona desert, and there are many sleek designs on the market.

The American Lighting Associationcautions that when a fan is too high, it can decrease the airflow and lose the cooling effect. Setting the proper height of a ceiling fan will vary in every room. The general rule of thumb is to set the blades 8 to 11 feet off the floor. This measurement is determined by the height of the ceiling, the room dimensions, and the aesthetics. The optimum mounting height for a ceiling fan is 8 to 9 feet above the floor, with a minimum of 7 feet to the bottom of the blades for safety.

Bigger rooms need bigger fans. The American Lighting Association also notes that for maximum efficiency, choose a fan to fit your room size. Rooms up to 75 square feet do best with a fan with blades 36-inches or smaller. Medium-sized rooms up to 144 square feet can fit ceiling fans with blades from 36 inches to 42 inches. Large bedrooms and family rooms, around 225 square feet, are most efficient with fan blades that are 50 inches to 54 inches.

2 | Do have an overhead fan in every bedroom.

Installing fans where there wasn’t one before is not a DIY project. There is a bit of electrical work that requires an electrician licensed by the Arizona Registrar of Contractors. If you only want to update to a new fan style and replace an existing one, that can be a DIY project.

3 | Don’t let ceiling fans run all the time when you’re not home.

A ceiling fan doesn’t actually cool the air, and its motor generates heat and uses electricity. So, it’s only beneficial to run it when someone is in the room. Fans cool people, not rooms.

4 | Do install an exhaust fan in your kitchen.

A kitchen exhaust fan will quickly remove heat, steam, smoke, and odors produced while cooking. If you’re remodeling the kitchen, choose your exhaust fan and ventilation system carefully, particularly in Arizona. A range hood’s performance is measured in cubic feet per minute (CFMs). The higher the CFM number, the more air the range hood can remove in a minute of operation.

The general recommendation for an electric range is 300 to 450 CFMs, while a gas range will need 600 to 1,200. If you use a microwave with a built-in range hood, it might not have enough CFMs to pull the air and heat away.  The noise of a ventilation hood can also deter you from running it. Find out what the hood sounds like before you install it.

Tip for bathroom fans: Put them on a timer so they turn off after 15 minutes. One bathroom exhaust fan left on in the morning can evacuate 9,000 square feet of air every hour. By the end of the day, it has completely sucked all the air out of the average 2,000 sq ft home four times. In the summer that is expensive!

The only thing an attic exhaust fan will do, whether it is solar- or electric-powered, is create negative pressure in the attic. That will cause the air-conditioned cool air inside your home to be drawn up into the attic. Ultimately, you will be increasing your demand for cool air downstairs. The combination of the electricity required to run the fan and the increased demand on the AC will add a significant amount to your utility bill.

One of our homeowners reported a monthly increase of $100 as he not only had a powered gable fan that he left on all day but, the attic vent sucked the air out of the attic.

6 | Don’t put an exhaust fan in your garage.

The garage gets very hot in the summer. When you drive your hot car into the garage, you raise the temperature. If you install an exhaust fan, it will run constantly, thus raising your electric bill just as it would in your attic because it will pull cool air out of your house. The only option for cooling the garage is insulating the walls and garage door and installing an evaporative cooler or mini-split air conditioner. Note those can be costly as well.

Even when your AC is not running to cool the house, you can run the fan in your HVAC system to circulate and clean the air in your house – except in times of high humidity. However, don’t keep the fan running all night and day when you’re on vacation or out of the house. It costs money to run the fan constantly. Running the fan by itself during the monsoon season could significantly increase the humidity in your house and adds an unnecessary workload to your AC unit.

Bonus Tip | Computer equipment can heat up, causing your workspace to become too warm for comfort. Place a portable fan nearby to keep you cool while you work.

Live From Sanderson Ford’s  66th Anniversary Sale: Featuring special guest from the World Series Champion Arizona Diamondbacks Luis ‘Gonzo’ Gonzales! A live listener question on Supercooling with an dual speed air conditioner. More on steps to take before remodeling while noting how the supply chain slowdown has affected the process. 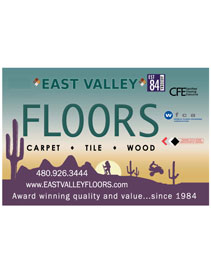 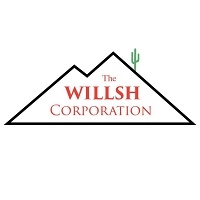 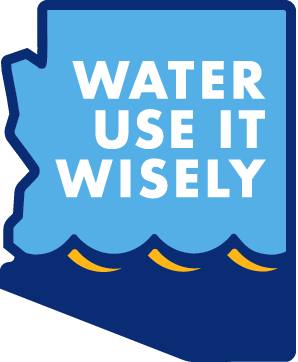 Water Use It Wisely

Are Energy Efficiency and Renewable Energy the Same Thing?

HOW DO I TEST A GFCI?

WHERE ARE MY HOME’S HIDDEN ELECTRICAL SAFETY HAZARDS?

WHAT CAN I DO TO MAINTAIN MY ELECTRICAL SYSTEM?

WHAT ARE ROSIE’S TIPS FOR ENERGY-EFFICIENT KITCHEN LIGHTING?