Water goes through a complex natural cycle called the Hydrologic Cycle, that results in where water is found and in what form. The cycle looks like this: Evaporation -> Condensation -> Precipitation -> Collection.

Water is never lost in the cycle. It can change locations, altitude, and material forms, and we can mis-manage it when it’s in freshwater form. But it is a closed cycle, meaning no water is gained or lost during the process.

Another fun and surprising fact: According to the Arizona Department of Water Resources (ADWR), Arizona used about 7.1 million acre-feet of fresh water in 1957 — a figure that was actually lower — at 7.0 million acre-feet in 2017. An acre-foot is 325,850 gallons, enough to cover a football field in nearly a foot of water.

Meanwhile, the population of the state has increased substantially from just over 1 million in 1957 to more than 7 million in 2017, according to the U.S. Census Bureau. Water demand and usage has fluctuated over the decades, climbing in the mid 1970’s and most recently in 2011, but overall, the average amount of water used each year has leveled out.

With more than 6 million people in Arizona today, than in 1957, how did we manage that?

We have a number of resources in which we get our water. According to AWDR our water comes from:

Our water use can be separated into three categories, agricultural, municipal, and industrial.

Agriculture is the largest user of water in Arizona, coming in at 72% of the total water use. That percentage used to be 90%, which also makes them the leader in improved water use practices and conservation technology. Transitioning crops from flood irrigation to pivot and drip irrigation systems is arguably the most significant water saving change over since the 1950’s and we’re not done improving these new methods. The Alfalfa Project has a goal of converting 235,000 acres of alfalfa grown in San Joaquin Valley, California to subsurface drip irrigation. Studies on 2,200 acres using the Precision Alfalfa Management (PAM) process report over 50% reduction in water use. Traditional flood irrigation averages 5.0 acre-feet of water per ton of alfalfa grown, compared to only 2.4 acre-feet is used in PAM yielding the same results. This could potentially lead to an annual reduction of 9 million acre-feet of water and potentially paving the way to transitioning hundreds of thousands of acres of alfalfa being grown in California’s Imperial Valley and in Arizona’s Yuma, Maricopa, Pinal, and Pima counties. Water saved on these crops is water that could potentially be left in Lake Mead.

Arizona’s Groundwater Management Act regulates water usage for all agricultural users that are located within the five Active Management Zones around the state. In 1980, the state recognized the urgent need to take measures towards saving water and created the 1980 Arizona Groundwater Code. Throughout the state, areas that rely on mined groundwater were identified and designated as Active Management Zones. To achieve savings of water usage, five management plans were to be created for each AMA between 1980-2025. Currently there have been four management plans released for each AMA, they can be found on the AZ Department of Water Resources Website.

Laser leveling, no-till and hybrid seeds also contribute to Agriculture water savings. But the farmer’s work is never done. Over the next 30 years it is estimated famers will need to grow 70% more food on the same land and with the same water use we have today…but that’s if you limit farming to land and fresh water. Saline Agriculture Worldwide is working to shift the amount of freshwater used in farming to saline water and claim success of saline grown crops including carrots, beetroots, cauliflower, wheat and more during the 2018 summer heat wave and drought in the Netherlands.

This brings us to desalination, a process that can be used to treat sea water, or brackish groundwater. It removes salt from the water itself, leaving fresh water that can be consumed or used for crops. Desalination is one of humanity’s oldest water purification techniques, with civilizations in ancient times using this process to convert seawater to drinking water on their ships. Desalination on a large scale requires large amounts of power are required. This results in it being a costly way of treating water according to USGS. But improvements have been made and technology will continue to improve. An article in Wired, reports the cost of desalination has gone down by 50% the last 30 years.

Sea crops and desalination will continue to grow in relevance as urbanization expands over farmland that cannot be replaced. Additional agricultural measures being taken include can be found here.

Municipalities and water districts treat and deliver the majority of the remaining 28% of our water use to city parks, schools, homes, golf courses, entertainment venues, small businesses, office buildings, industrial warehouses, mining, manufacturing, transportation, and power generation…basically everything that makes up our daily modern world. Pretty impressive to think all of that is only 30% of our water use. On the surface, these things seem so big it’s easy to think there is nothing we can do individually to reduce our water usage in any of these areas, so let’s take a dive and see the validity of that mindset.

All in life require water to generate, therefore every activity in our life is a water use activity. What kind of clothes are you wearing right now? There are cotton fields all around the world growing fiber for the fabrics used in your sheets, towels, furniture, drapes, and clothing so the supply is there the next time you need a new package of Fruit of the Looms. Are you sitting in your home? The concrete, lumber, flooring, windows, drywall, roofing and insulation took a volume of water that’s all but impossible to calculate. In the last 24-hours, what have you eaten? How long was your shower this morning? How much energy have you used? Where have you driven to? What activities have you participated in? The point of the questions is not to guilt you; it’s a great life with a lot of great things to offer. All of which requires water use, either past or present. The point is to expand your reference on the holistic use and importance water has in our life.

Too often we see well intentioned individuals focus solely on the visual use of water and not the big picture.

Pools, misters, and lawns are a perfect example. It’s very easy to look at the physical water in pools, the particles from misting, and the spray from sprinklers and blame them for water shortages. Many would even argue these have no place in a dry desert, and they have a point. Instead of getting into a subjective argument of right or wrong, let’s take a different route analyzing our overall impact in terms of gallons used. A 2015 EPA report states the average American uses 82 gallons of water a per day at home. For a family of four, that’s 120,00 gallons per year. For argument’s sake, let’s say that if the family reduced their water use by .17%, they’ve earned a family swimming pool.

Now, go back to our drill and restate the questions to the following: In the last 24-hours, how much food have you thrown away? How much electricity did you waste? How many wasted miles did you drive and how long was your engine idle? How often do you discard items before their intended use life cycle to just buy new? Our point is simple:

Water saving isn’t any single area of our life; it’s every area of our life. How we steward that resource is our individual responsibility. The more we think about how our decisions affect water and in what part/form of its life cycle we are using, the better stewards we become.

As technology grows and develops, new innovations have hit the market with the goal of conservation. They can be found for appliances, plumbing, pools, and even landscape. The Arizona Water of Department Resources has an impressive list of technologies available for consumers who want to further conserve water today and for future generations.

If You Were A Drop Of Water, Where Would You End Up?

We found an amazing water visualization compliments of Web/Data Visualization Developer Sam Learner. This visualization identifies the path rainwater travels. All you have to do is click to drop a raindrop anywhere on the map of the contiguous United States and watch where it ends up! You can even search for specific places to drop your water – check it out now!

How Long Would It Take CAP To Fill Up Every Swimming Pool In Arizona?

When running at full capacity, the pumps at Mark Wilmer Pumping Station can fill an Olympic pool (2-acre feet) in 23 seconds.

Below, we calculate how long it would take CAP to fill every pool in Arizona.

USGS measure a drop of water as ¼ milliliter.

Since 1957, Arizona’s water consumption has been about the same or less. With the largest consumer being agriculture. Yet it is leading the charge with improved water use practices and conservation technologies. The Arizona Farm Bureau’s Julie Murphree and Chelsea McGuire discuss those technologies being used in Arizona farming and the continuing research to use even less water with more results!

HOW CAN I GIVE MY HOME’S EXTERIOR A QUICK “FACELIFT?”

SIX REASONS WHY YOU WANT TO HIRE AN ARCHITECT

ROSIE ON THE HOUSE TOP FAQ- WHAT IS THE CORRECT MORTAR MIX RATIO FOR MASONRY?

THE SURPRISING BEGINNINGS OF A CRAWFISH FESTIVAL

5 DIY PROJECTS FOR YOUR 3-DAY WEEKEND 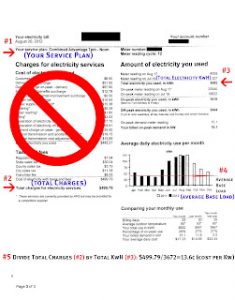 HOW TO STOP LEAKS BEFORE THEY START

WHAT KIND OF TOOLS ARE RIGHT FOR WOMEN DIYERS?

HOW TO CHOOSE THE RIGHT PAINT

GOPHERS: HOW TO GET RID OF THEM!

WHAT SHOULD BE IN YOUR FIRST HOME’S TOOLBOX?