Thank you for visiting Rosie On The House, the online home to Arizona's longest running weekend radio broadcast!
Rosie On The House > Blog > Uncategorized > THE WONDERFUL STUFF IN A SMART HOUSE

THE WONDERFUL STUFF IN A SMART HOUSE

Everybody talks about smart houses, but many of us wonder if they really work the way they should and whether we’re tech-savvy enough to live in a home full of widgets and touch screens.

We thought about that while touring the 2017 HGTV Smart Home, recently built near the Boulders in Scottsdale. Until June 2, viewers can enter an HGTV.com sweepstakes giveaway for the house. The winner of the $1.5 million home will be announced this summer. The winner will also be awarded a fortune in spiffy tech devices.

The 3,300 square-foot home was designed by Phoenix area architect, Candelaria Design Associates, and built by Eagle Luxury Properties of Scottsdale. All the smart equipment was chosen by Carley Knobloch, a digital expert with her own HGTV series – “Smart, Simple, Solved.”

Most everyone probably knows a smart home needs a hub or host and a Wi-fi system plus smartphones and tablets. In the HGTV house, all the phone, cable, video, audio and Ethernet wiring is routed back to the special tech closet in the home office. The closet is where a secure rack stores all the smart devices.

One big question that came to mind was: What power shortages or a Wi-fi dead spot somewhere in the house?

Not to worry. A residential power generator from Kohler will keep the house and all devices running in a blackout. High-speed, wireless access points in the master bedroom and the special tech closet automatically provide all smart devices with the strong signals that they need.

Security is a big feature in smart homes. Knobloch picked a security system from SimpliSafe because she says its installation can be an easy DIY project for almost anyone. Users peel off labels and stick various sensors in various areas to monitor doors or things like glass breaking in a window. There are peel and stick sensors to monitor leaks from a water pipe. Other possible features in the system are: security cameras, smoke and carbon monoxide detectors, entry and motion sensors and more. The system can alert the police station and is managed with touch panels in the home or a smartphone.

August Home smart locks are fastened to the interior of doors so homeowners can still use a key on the outside if they wish. But a phone can be a “smart key” to unlock a door as you walk up or to open the door for someone – like a repair contractor – when you’re away. “I’ve installed a few of these locks myself at this point, and if I can do it, anyone can,” Knobloch said.

That was just the beginning of a long list of digital and remote controlled features, including:

We could go on, but one very important feature is the Daikin heating and air conditioning system that has five zones for separate control of heat or cooling throughout the house. There are almost no ducts in this HVAC system so no heated or cooled air can leak out into the attic. 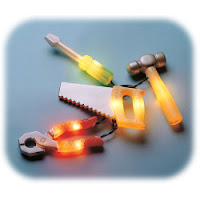 5 TIPS FOR BUYING TOOLS FOR HANDY FOLKS ON YOUR LIST 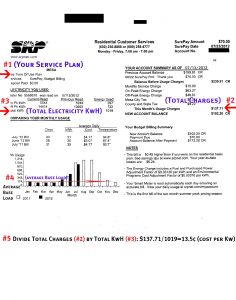 DO I NEED TO VENTILATE MY ATTIC, HOUSE AND ROOF?

TIPS TO GET YOUR CABIN IN SHAPE

PRUNING MADE EASY: WHAT TO DO AND WHAT NOT TO DO

WHAT ARE THE MOST COMMON RECOMMENDATIONS FOR ENERGY EFFICIENCY BY HOME PERFORMANCE SPECIALISTS??

INTERIOR TRENDS FOR THE 20’S

SHOULD I REPLACE, REFACE OR REFINISH MY CABINETS?

FIVE WAYS TO FIX UP YOUR GARAGE

PLUMBING TIP OF THE MONTH: TUNING UP YOUR TOILET

SIX REPAIRS TO DO BEFORE HOLIDAY GUESTS ARRIVE