HOW TO SAVE MONEY EVERY SUMMER BY #SUPERCOOLING

We have homeowners all over the state, especially during the summer time, who want to know how to beat their summer cooling bill. How can I get my cooling bill for next to nothing??

By the time folks give us a call, sometimes they have spent 10s of thousands of dollars on new windows, new insulation, and other expensive home upgrades that may not make as big of a dent in their bill as the FREE money saving options. Those mentioned upgrades can be great for your home, but why not try the free option first and see a return on investment.

According to Steve Koepp of Advanced Home Systems, “the most important thing is rate selection. Most people are aware there are time of use rates. It’s the most economical rates out there and should be embraced. The cost on these plans are substantially less. On peak times will differ from utility to utility; for example, APS on peak is 3:00PM – 8:00PM where SRP is from 1:00PM – 8:00PM.”

This practice can seem a bit counterintuitive, especially since you hear your air conditioner running consistently to accomplish the Supercooling of your home. However, the fact is you’re buying power at 85% below the going rate. 24 cents is the standard on peak kilowatt per hour cost. Off peak through SRP is as low as 3.9 cents. Meaning you can buy the same amount of electricity for 3 cents or for 24 cents.

Rosie says it best: “If the gas station is going to sell gas for $3.00 a gallon between 8PM through 3PM the next day and between 3PM-8PM they are going to sell it for $25 per gallon – when are you going to buy gas??”

During the summer, the bill goes up because of the cooling cost. “If you let the [air conditioning] run at 3 cents per kilowatt instead of 24 cents per kilowatt, it can run 8X longer for the same amount of money!” says Rosie.

If you are looking to Supercool your home, the best practice follows:

During the on peak time, try your best to not run other appliance, heat up the house by cooking, or leave doors open for extended periods of time. Lock in that cool air!

Other features of your house should be on off/on peak timers as well such as your pool pump, water heater, and other major energy consuming items.

Depending on efficiency of your unit(s), quality of your home’s construction, etc. Supercooling should reduce your summer cooling bills by about 20-25%. AND YOU’LL BE MORE COMFORTABLE! You can’t beat that!

We feel the most efficient means of accomplishing this time of use purchasing strategy is with an Advanced Home Systems Energy Management Computer – it does all the thinking for you automatically.

Real results from our listeners who saved by trying this method:

68 was the low setting and 82 was the high setting. After seeing the results, this homeowner invested in a programmable thermostat.

This homeowner went from consuming 71% of his power off peak to consuming 94% of his power off peak (that is beyond excellent, we try to get people to a ratio of about 85/15). This resulted in a 33% reduction in his bill, while only dropping his total demand by less than 4%. This isn’t about purchasing less power, it’s about being smart as to when you buy the power you want. Using this tactic, you should be able to get your total price per kw to under 10 cents!

Off Peak Temperature: “Varies on time of day due to the wife”

“After listening to your show, I finally decided to try one of TEP’s time-of-use plans. Prior to switching over, I was being charged 14.2 cents/kWh for my total bill.”

“After switching over to their “Demand TOU” plan, my most recent bill (July) was only 8.8 cents/kWh, a 38% reduction in my bill!!! My off-peak use was 97%, while my on-peak use was only 3%. Thanks so much for convincing me to switch over!”

If you are looking for the experts in the industry, Advanced Home Systems can be reached here

Rosie talks with Steve Koepp of Advanced Home Systems, INC. about reducing your summer energy bills by knowing on and off peak rates 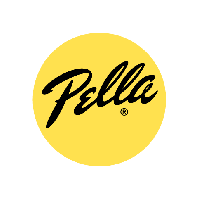 Get Organized With Bridges & Co

WHAT ARE “ON-PEAK” AND “OFF-PEAK” HOURS?

READING AND UNDERSTANDING YOUR UTILITY BILL

WHAT IS THE DIFFERENCE BETWEEN A SPLIT-SYSTEM AND SINGLE-PACKAGE AIR CONDITIONING SYSTEM?

WHAT IS AN ENERGY AUDIT AND WHY SHOULD I GET ONE? 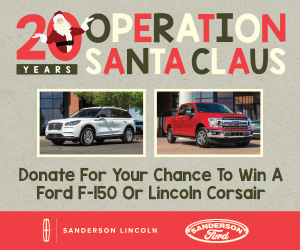