Thank you for visiting Rosie On The House, the online home to Arizona's longest running weekend radio broadcast!
Rosie On The House > DIY > Extermination | Pest Control > WHAT IS A SCORPION?

WHAT IS A SCORPION?

Scorpions are venomous arthropods of the class Arachnida and are considered relatives of the spiders, mites, ticks and harvestmen. There are approximately 1,300 species of scorpions worldwide, characterized by an elongated body and a segmented tail that is tipped with a venomous stinger.

Range
Scorpions are commonly thought of as desert animals, but in fact, they occur in many other habitats as well, including grasslands and savannahs, deciduous forests, montane pine forests, rain forests and caves.

Habitat
Scorpions have even been found under snow-covered rocks at elevations of over 12,000 feet in the Andes Mountains of South America and the Himalayas of Asia. About 90 species occur in the U.S., and all but four of these naturally occur west of the Mississippi River.

Description
As arachnids, scorpions have mouthparts called chelicerae, a pair of pedipalps, and four pairs of legs. The pincerlike pedipalps are used primarily for prey capture and defense, but are also covered with various types of sensory hairs. The body is divided into two main regions, a cephalothorax and an abdomen. The cephalothorax is covered above by a carapace (or head shield) that usually bears a pair of median eyes and 2 to 5 pairs of lateral eyes at its front corners (a few cave and litter-dwelling scorpions are eyeless).

The abdomen consists of 12 distinct segments, with the last five forming what most people refer to as the “tail”. At the end of the abdomen is the telson, which bears a bulb-shaped structure containing the venom glands and a sharp, curved aculeus to deliver the venom.

On its underside, the scorpion bears a pair of unique sense organs called pectines; these are usually larger and bear more “teeth” in the male and presumably sense textures of surfaces they walk across and serve as chemoreceptors to detect pheromo own species of scorpions, found mainly in the warmer parts of the world.The “long-tailed” South African Scorpion (Hadogenes troglodytes) reaches a length of over 8 inches, and is probably the longest scorpion in the world. Some of the African and Asian Emperor Scorpions routinely reach (and probably exceed) 7 inches. The largest scorpions in the US are members of the genus Hadrurus (giant desert hairy scorpions), obtaining a length of about 5 inches.

Behavior
Scorpions are nocturnal, predatory animals that feed on a variety of insects, spiders, centipedes, and other scorpions. The larger scorpions occasionally feed on vertebrates, such as smaller lizards, snakes, and mice. Prey are located primarily by sensing vibrations. The pedipalps have an array of fine sensory hairs called trichobothria that sense air-borne vibrations; the tips of the legs have small organs that detect vibrations in the ground.

The surfaces of the legs, pedipalps, and body are also covered with thicker hairs (setae) that are sensitive to direct touch. Although they are equipped with venom to defend themselves, scorpions fall prey to many types of creatures, such as centipedes, tarantulas, insectivorous lizards, birds (especially owls), and mammals (including shrews, grasshopper mice, bats).

Life Cycle
Scorpions have a complex mating ritual in which the male uses his pedipalps to grasp the female’s pedipalps in order to lead her on a “courtship dance”. The details of courtship vary from species to species, with some even exhibiting a deliberate and prolonged “sexual sting” by the male. The g sperm from the male spermatophore, a structure deposited by the male on the surface over which the female is pulled. The male sweeps his pectines over the ground surface to help locate a suitable place to deposit his spermatophore, usually a rock or stick. The female draws the sperm into her genital pore, which is located near the front on the underside of her abdomen.Scorpions have a long gestation period (from several months to a year and a half, depending on species) in which the young develop as embryos in thefemale’s ovariuterus. During this time, nutrients are transferred from the mother’s digestive gland to the embryos. The young are born live and ascend their mother’s back. She assists them by making a “birth basket” with her folded legs to catch them as they are born and to provide them with a means to climb to her back.

On the average, a female gives birth to about 25-35 young. They remain on her back until they molt for the first time, usually within a week or two after birth. Once they climb down, they assume an independent existence, and periodically molt to reach adulthood. Typically five or six molts over two to six years are required for the scorpion to reach maturity.

The average scorpion probably lives three to five years, but some species undoubtedly live at least 10-15 years. A few scorpions exhibit social behaviors beyond the mother-young association, such as forming overwintering aggregations, colonial burrowing, and perhaps even living in extended familygroups that share burrows and food.

Scorpion Venom
The venom of scorpions is used for both prey capture and defense. Scorpion venoms are complex mixtures of neurotoxins (toxins which affect the victim’s nervous system) and other substances; each species has a unique mixture. Despite their bad reputation, only one species in the U.S. and about 20 others worldwide have venom potent enough to be considered dangerous to humans.

The US species, Centruroides exilicauda (formerly called C. sculpturatus), is found over much of Arizona. A small population occurs in extreme southeastern California, and a few records exist for southern Utah. The venom of this scorpion may produce severe pain and swelling at the site of the sting, numbness, frothing at the mouth, difficulties in breathing (including respiratory paralysis), muscle twitching, and convulsions. Death is rare, especially in more recent times. An antivenom is available for severe cases.The world’s most dangerous scorpions live in North Africa and the Middle East (species of Androctonus, Buthus, Hottentotta, Leiurus), South America (Tityus), India (Mesobuthus), and Mexico (Centruroides). In some of these areas, scorpion stings may be a significant cause of death, but reliable data on human mortality are not readily available. Some available statistics suggest typical mortality rates up to about 4% in hospital cases, with children and the aged being most susceptible. Death by scorpion sting, if it occurs, is the result of heart or respiratory failure some hours after the incident.### 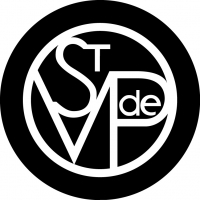 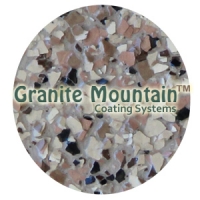 Cracking Down On Crickets

WHAT CAN I DO ABOUT WILDLIFE AROUND MY HOUSE?

WHAT CAN I DO TO PREVENT WEST NILE VIRUS?

WHY DO WOODPECKERS PECK HOLES IN MY ROOF?

WHICH TERMITE TREATMENT DOES ROSIE RECOMMEND?