Thank you for visiting Rosie On The House, the online home to Arizona's longest running weekend radio broadcast!
Rosie On The House > DIY > Emergency Preparedness > WILL ARIZONA HAVE TO TURN OFF THE TAP, TOO?

WILL ARIZONA HAVE TO TURN OFF THE TAP, TOO?

We’ve all seen the water situation in California: homeowners letting their lawns die and draining swimming pools; farmers ripping out orchards and getting rid of cattle; golf courses plowing up fairways. It’s their fourth consecutive year of drought and nine cities, including Bakersfield and Sacramento, are in an extreme drought situation.

Meanwhile in Arizona, where it’s a genuine desert and seems a lot hotter and drier than California, household life continues pretty much as usual. Even though both states draw heavily on Colorado River water, annual allotments differ. Still Arizona is worried about Lake Mead, the reservoir that stores river water for us, California and Nevada, and Mexico. In fact, in June the lake reached its lowest level since 1937 – just slightly above 1,075 feet, which is the trigger point for the Secretary of Interior to declare a shortage in the Lower Basin and cut back deliveries to Arizona and Nevada.

August is another important month for our state’s water future. At mid-month the U.S. Bureau of Reclamation could declare a water cutback for our state if the bureau predicts that Lake Mead will be at the 1,075 foot level or lower at the start of 2016.

“If this amount of shortage were declared, Arizona’s annual delivery of Colorado River water of 2.8 million acre feet would drop by 320,000 acre feet,” says attorney Rita Maguire of Maguire, Pearce & Storey, a law firm that represents the state of Arizona on Colorado River matters. The cutback in water deliveries to Arizona would grow if the shortfall gets bigger.

“That reduction would be made in the water delivered to farmers in Maricopa, Pinal and Pima counties, where the Central Arizona Project delivers the state’s Colorado River supplies,” Maguire says.

That’s because on Arizona’s priority list, farmers get cut back first, while in California, the cities in Southern California are cut first.

The good thing about all that is that Arizona farmers have been planning since 1968 on having to live with shortages in Colorado River deliveries. They have been storing millions of acre feet underground in anticipation of some kind of shortage, she says.

Maguire says though that the situation has improved slightly over the past few months, beginning with the “miraculous” rain in May and more recently the monsoon weather. “But there might be a shortage in 2017,” she says. “It all depends on next year’s snowfall and rainfall. California’s in a severe drought; we’re in a drought, too, but it’s much milder”.

For years of course, Arizona has been careful about water use. Public parks, medians and golf courses are kept green with reclaimed water. Many housing subdivisions require residents to landscape only with low-water-use plants. Our water companies have tiered water rates that rise for those who use more water. Some cities offer rebates to homeowners who tear out lawns or install low-flow toilets.

Even so, we’re all in this together, and saving on water at your home so that the farmers don’t have to take more serious cuts seems like the right thing to do.

So here are tactics for cutting back on water use at your home. Sensible, low-cost changes and repairs can make for big savings.

Plug and repair your leaks: Check the pipes under sinks, in the utility room, and around toilets for leaks. Make sure that faucets aren’t dripping when they’re turned off. Even a small drip due to a worn faucet washer can waste many gallons of water per day. Check outdoor pipes and hoses for leaks as well.

Be stingy with your water: Turn off the faucet while brushing your teeth, shaving, soaping up your hands, or rinsing dishes or vegetables. Take shorter showers. Use your dishwasher and clothes washer only for full loads. When washing dishes by hand, don’t leave the water running for rinsing.

Install low-flow toilets: Estimates are that 75 percent of water used indoors is in the bathroom and 25 percent of that is for toilets. A low-flow or high-performance toilet can greatly reduce water used per flush — from about 5 or 6 gallons to 1.6 gallons. According to the National Association of Home Builders, one high-efficiency toilet used by a family of four can save 8,760 gallons of water a year.

Collect your rainfall: Create concave dips and hollows in your landscape to help retain water. You can use berms or terracing, too. You can place plants at a slightly higher grade in these areas though so roots don’t get too moist. You can even turn your lawn into a swale rather than a mound in order to catch water. Build a channel in the soil under your roof drip line and direct water 10 feet away to a planted landscaping area. Or catch rainwater under downspouts in barrels or even garbage cans. Then you can pipe it into your garden. For more information, check out water harvesting ideas on the Web site of the Tucson non-profit, Desert Harvesters. http://www.desertharvesters.org/water-harvesting/

Xeriscape your yard: Plant drought-resistant lawns, shrubs and plants as well as installing a drip irrigation system. Use native plants as much as possible; they’ll be more resistant to disease besides using less water. Increase the amount of hardscape you have in your yard by enlarging your patio or installing built-in benches.  And even if you install low water consuming plants, check to make certain your sprinklers and drip irrigation systems are working properly.  Small leaks can really add up.For additional ideas check out the Web site www.wateruseitwisely.com. I agree with their philosophy: In Arizona we have enough water to use, but not enough to waste. 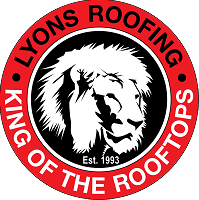 Preparing and Riding Out Flash Floods

ARE YOU HAVING TROUBLE DRINKING ENOUGH WATER?

PROTECTING YOUR HOME AND FAMILY WITH EMERGENCY PREPAREDNESS PLANS