Facts & Fiction of the American Flag

And forever in peace may you wave

You’re the emblem of

The land I love

The home of the free and the brave

Under red, white, and blue

Where there’s never a boast or brag

But should old acquaintance be forgot

Keep your eye on the grand old flag”

Such a catchy tune to have in your head.

This spirited march song, written by George M. Cohan, is a tribute to the flag of the United States of America. Cohan wrote it in 1906 for his stage musical, George Washington, Jr. The original lyric, he explained, is from his encounter with a Civil War veteran who fought at Gettysburg. Cohan noticed the veteran holding a carefully folded, ragged old flag. He said to Cohan, “She’s a grand old rag.” Cohan liked the line and originally named his tune “You’re a Grand Old Rag.” Because many groups and people objected to calling the flag a “rag,” he changed the words to “You’re a Grand Old Flag” and the rest, as they say, is history!

That story is just one of the many legends surrounding the American Flag. In honor of Independence Day, we uncover some of the truths and myths of our beloved American independence symbol. 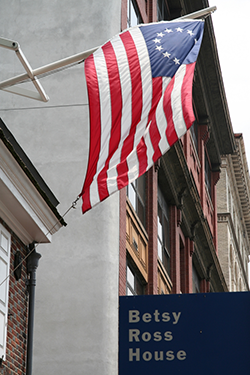 We have been taught since grade school that Betsy Ross sewed the first American flag in 1776.

Betsy sewing the first Stars & Stripes is tightly woven into America’s history. After all, the Betsy Ross House is the birthplace of the American flag… or is it?

According to History, there isn’t any official documentation to confirm that Betsy Ross was responsible for creating the very first flag.

William Canby, Betsy’s grandson, recounted a visit she had in late May or early June of 1776 from three men: General George Washington, financier of the Revolutionary War, Robert Morris, and Colonel George Ross, a relative. During this meeting, she was allegedly presented with a sketch of a flag that featured 13 red and white stripes and 13 six-pointed stars. She was asked if she could create a flag to match the proposed design. Betsy agreed, but suggested a couple of changes, including arranging the stars in a circle and reducing the points on each star to five instead of six.

As History notes, it is conceivable that Colonel George Ross—a signer of the Declaration of Independence and her deceased husband’s uncle—recommended her for the job. Betsy may also have been acquainted with both George Washington and Morris, who were reported to have worshipped at the same church she attended. It has also been established that Betsy did make flags, as evidenced by a receipt of more than 14 pounds paid to her on May 29, 1777, by the Pennsylvania State Navy Board for making “ships colours.”

Marla R. Miller, states in her book, Betsy Ross and the Making of America,that were at least 17 flag makers and upholsterers who worked in Philadelphia during the time early American flags were made. Margaret Manny is thought to have made the first Continental Colors (or Grand Union Flag). On June 14, 1777, Congress officially adopted the “Stars & Stripes” as the national flag.

Historic Philadelphia offers a series of informative and entertaining videos about Betsy and the making of the reportedly first flag.

Charles Thomson, secretary of the Continental Congress, was instrumental in the design of the Great Seal of the United States. He stated in a report to Congress on June 20, 1782, the day the seal was approved, contained a description of the colors, the same as those in the flag: “White signifies purity and innocence. Red hardiness and valour and Blue . . . signifies vigilance, perseverance, and justice.”

Historians believe that the red, white, and blue in our flag relates to the colors of the first flag of the American colonies, the Continental Colors. Those colors were derived from the Union Jack of England. But why stars? The Second Continental Congress adopted a resolution in 1777 creating a flag, with the stars “representing a new constellation.”

Truth | The first American Flag and The Star-Spangled Banner are not the same flag.

The original United States flag, the one Betsy Ross is credited to have sewn, has thirteen stars and thirteen stripes per the first Flag Act. The Star-Spangled Banner has fifteen stars and fifteen stripes as provided for in the second Flag Act approved by Congress on January 13, 1794. The additional stars and stripes represent Vermont (1791) and Kentucky (1792) joining the Union. The third Flag Act, passed on April 4, 1818, reduced the number of stripes back to thirteen to honor the original thirteen colonies and provided for one star for each state — a new star to be added to the flag on the Fourth of July following the admission of each new state. The last star was added in 1960 when Hawaii joined the Union. Read more about the Flag Act here. 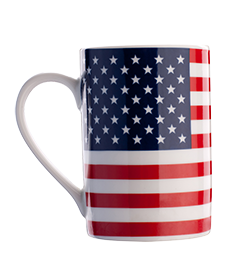 The “Betsy Ross” Flag no longer exists. A replica is at the Betsy Ross House in Philadelphia.

The Star-Spangled Banner is on permanent display at the Smithsonian in Washington, D.C.

Truth | There is an American Flag Code

On Flag Day, June 14, 1923, The American Legion and representatives from patriotic, fraternal, civic, and military organizations met in Washington, D.C. to draft a code of flag etiquette. The 77th Congress adopted this codification of rules as public law on June 22, 1942. It is Title 4, United States Code Chapter 1. These laws are not actually enforced. They are mostly referred to as a set of guidelines.

Per the code, “The flag represents a living country and is itself considered a living thing.”

Section 8(k) of the Flag Code states: “The flag, when it is in such a condition that it is no longer a fitting emblem for display, should be destroyed in a dignified way, preferably by burning.”

Truth | The American flag must be illuminated if flown between sundown and sunrise.

Flag Code section 6(a), states: “It is the universal custom to display the flag only from sunrise to sunset on buildings and on stationary flag staffs in the open. However, when a patriotic effect is desired, the flag may be displayed twenty-four hours a day if properly illuminated during the hours of darkness.”

Myth | Wearing clothing with an American flag is illegal. 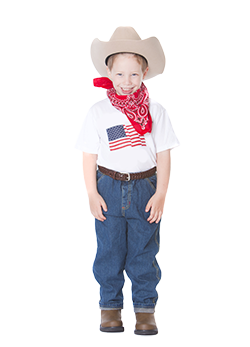 As long as the flag itself isn’t in the manufacturing of clothing items, there are no violations of the Flag Code. So, if the T-shirt, hat, bandana, swim trunks, or other flag apparel you wear was not made with an actual American flag, you are not violating the Flag Code.

Truth | Using the Stars & Stripes in Advertising Is Illegal

The U.S. Flag Code frowns on the use of the flag “for advertising purposes.”

Section 8(i) of the Flag Code states, “The flag should never be used for advertising purposes in any manner whatsoever. It should not be embroidered on such articles as cushions or handkerchiefs and the like, printed or otherwise impressed on paper napkins or boxes or anything that is designed for temporary use and discard. Advertising signs should not be fastened to a staff or halyard from which the flag is flown.” That would mean yard sale signs, too.

The code also prohibits the sale or display of any “article of merchandise . . . upon which shall have been printed, painted, attached, or otherwise placed a representation of” the flag to “advertise, call attention to, decorate, mark, or distinguish the article or substance on which so placed.”

If you don’t own an American-Made American flag, you can purchase one through our eStore along with other American-Made products such as an Arizona State flag, flag mounting bracket, tools, and more!

There is so much information available about the history of the American flag. The resources listed below are a great place to “star-t.”

HOW TO PROPERLY FLY THE U.S. FLAG FOR JULY 4TH

GET YOUR SUMMER COOL ON!

IT’S TIME TO ADD A LITTLE SHADE TO YOUR LIFE

CREATING YOUR OWN BACKYARD STAYCATION

7 THINGS TO KNOW ABOUT WHEN BUYING PATIO FURNITURE

GREAT WAYS TO FIGHT THE SUN IN ARIZONA

WHAT SIGNS TELL YOU IT’S TIME TO PAINT YOUR HOME’S EXTERIOR?

CAN YOU AFFORD TO MAKE ROOM FOR MOM AND DAD?

WHY YOU NEED A NEW FRONT DOOR OR GARAGE DOOR

SEVEN FEATURES YOUR SECURITY DOOR SHOULD HAVE

WHAT IS A MINI-SPLIT AND WHAT ARE THE BENEFITS?